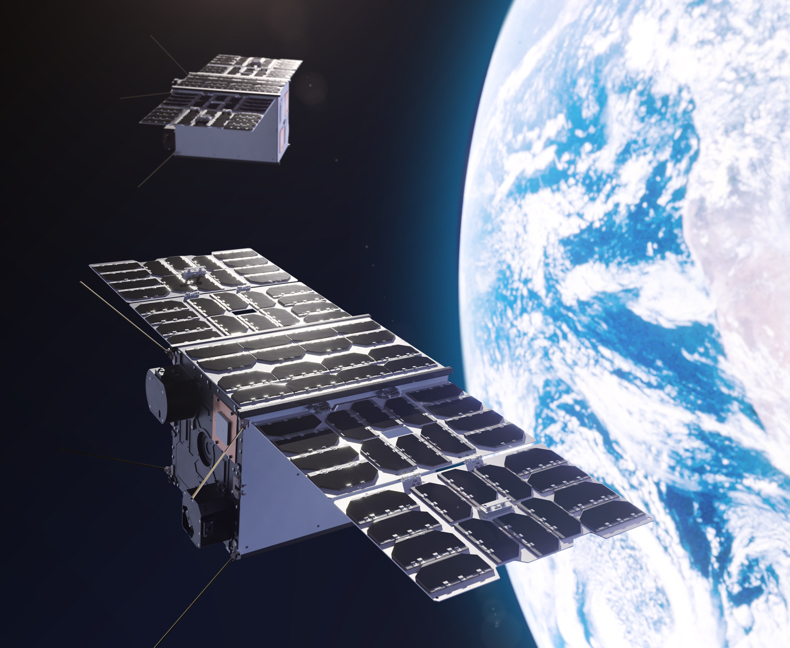 In addition to the satellite buses, NanoAvionics will provide launch support and in-orbit operations. The launch of these first two satellites of the Omnispace constellation is scheduled for 2021.

The contract with Thales Alenia Space follows a recent co-operation agreement between NanoAvionics and Thales Alenia Space France. Both companies agreed to work together delivering a ‘high technology space asset’ as well as preparing and submitting technical solutions for nanosatellites.

“Thales Alenia Space is one of the most reputable satellite manufacturers in the world. Being selected for the initial deployment of the Omnispace constellation is a testimony to the continued demand and trust in NanoAvionics’ satellite buses,” said Vytenis J. Buzas, co-founder and CEO of NanoAvionics. “We’re proud to be part of this innovative project, which is a tremendous opportunity for NanoAvionics to demonstrate that our first-rate products meet Thales Alenia Space’s and the other partners’ high standards.”

“Due to our standardised bus design and industrial approach 80 percent of the satellite bus can remain the same, allowing customers to make immense cost and lead time savings, while widening the range and capabilities of the payload.”

NanoAvionic’s optimised satellite buses have been used successfully for previous test missions. In 2019, Blink Astro hosted its custom radio receiver on a NanoAvionics’ M6P 6U spacecraft for a technology demonstration to connect it with their AgriBlinkR ground terminal devices as part of the future BlinkSat constellation. In the same year, NanoAvionics also integrated LoRa-based Space Gateway by UK satellite communications provider Lacuna Space into its M6P nanosatellite bus and provided additional in-orbit testing and launch services.