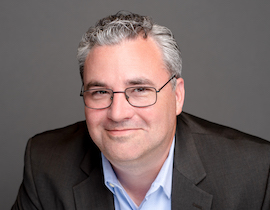 Brian Pemberton leads the strategy and direction of the commercial, enterprise, government and IoT businesses for Omnispace as it redefines mobile connectivity for the 21st century. Brian is responsible for leading initiatives with customers and ecosystem partners on the development, validation and commercialization of applications across key industry verticals. Brian brings more than 20 years of experience in global wireless, terrestrial and satellite communications, including most recently serving as the company’s Vice President, Sales and Marketing.

Previously, as Vice President and General Manager, Aviation and Maritime at Iridium, Brian was responsible for ensuring the success of two key global growth initiatives for the company. He led the launch and go-to-market strategy for Iridium Certus, the company’s award-winning broadband initiative. He also led the development and launch of the Iridium GMDSS, offering enhanced safety and reliable coverage at sea. Prior to that, Brian held senior marketing and engineering roles at commercial and military aviation leader ARINC, which is now part of Collins Aerospace.

Brian holds a master’s degree in business from the Johns Hopkins Carey Business School and a bachelor’s degree in electrical engineering from Virginia Tech University.