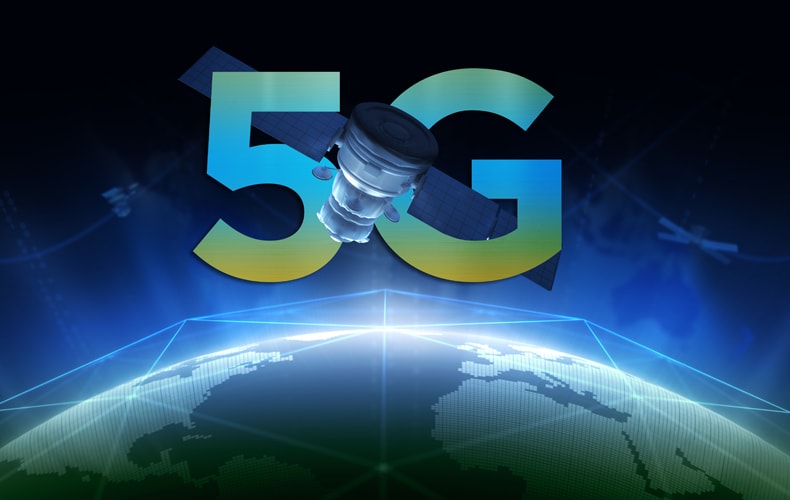 TYSONS, VA. – November 11, 2021 – Omnispace, the company that is redefining mobile communications by building a global hybrid network, today announced two new additions to its regulatory team. Lynne Dorward and Molly Gavin will be instrumental in further advancing the company’s market access and regulatory efforts as it works toward building out its ‘One Global Network.’

Omnispace is developing the world’s first hybrid mobile network, utilizing 3GPP standardized technology to ensure the security and interoperability of devices. The network will seamlessly integrate satellite and terrestrial into a single connectivity solution to deliver a ubiquitous connectivity user experience.

“Lynne Dorward and Molly Gavin bring an intimate understanding of the wireless communications business, along with deep expertise in the regulations and policies of specific regions that are critical as we prepare for the delivery of our global, hybrid 5G network,” said Ram Viswanathan, president and CEO for Omnispace. “Under the leadership of Mindel De La Torre, our chief regulatory and international strategy officer, we now have the team in place to help us as we expand into specific markets and regions worldwide.”

Covering Africa, the Middle East, Asia and Latin America, Lynne Dorward, vice president of regulatory affairs, brings deep telecommunications expertise from both the mobile operator’s and the regulator’s perspective to Omnispace. A published author on various topics for the ITU and the GSMA, Lynne has 25-plus years of experience in regulatory policy development, compliance procedures and enforcement, along with telecommunications mergers and acquisitions in the mobile and fixed wireless fields. Previously, she was special advisor to the chairman of Communications and Information Technology Regulatory of Kuwait. She began her career at Bell Canada, Bell Canada International and has held executive-level regulatory and corporate affairs roles at LADCOMM Corporation, Ooredoo Group and Zain.

“Omnispace will offer transformative power of 5G worldwide through a single global, network,” said Dorward. “It’s exciting to be a part of this vision that will fuel innovation, powering industries, and connecting billions of users – connecting the unconnected.”

Molly Gavin, vice president of international regulatory and spectrum policy, is an experienced government affairs and business development executive with 20 years in international technology policy and sustainability efforts in the communications industry. She will cover the Asia-Pacific region and international multilateral organizations for Omnispace. Prior to Omnispace, she spent 18 years at leading mobile technology innovator Qualcomm, where she held increasingly senior level roles of responsibility in the international government affairs and legal departments, most recently as vice president of international government affairs.  During her career at Qualcomm, she had regulatory responsibilities for Latin America, Africa, India, Korea, Japan, and Southeast Asia including three years working in Hong Kong, China. She also oversaw Qualcomm’s efforts in various multilateral organizations including the International Telecommunications Union and the World Economic Forum as well as leading the company’s corporate social responsibility function.

“The Omnispace team is reinventing mobile communications, delivering continuous connectivity no matter where you are on the planet with 5G NTN,” said Gavin. “I look forward to working with this talented team as it transforms entire industries and positively impacts society through technology.”

Headquartered in the Washington D.C. area, and founded by veteran telecommunications and satellite industry executives, Omnispace is redefining mobile connectivity for the 21st century. By leveraging 5G technologies, the company is combining the reach of a non-geostationary satellite constellation with the mobile networks of the world’s leading telecom companies to bring an interoperable “one global network” connectivity to users and IoT devices everywhere.